I have a favorite place to stop every time I visit my parents in Virginia- Ellicott City, Maryland. I discovered it in 1994, right after college at University of Maryland. Or rather, it was discovered for me by a guy I was dating at the time. He thought I would like it because it had a lot of quirky, artsy, Witchy type stores there.

He brought me there and I certainly DID enjoy it, although at the time it was just simply because I could have a good time browsing the stores. Now, 16 years later, I returned there with Jason. He immediately was impressed by some of the stonework in the buildings, and how some of the buildings were built right out of the living rock. That coupled with the rather esoteric flavor of the place lead me to think "Masons!" which was shortly confirmed when we came upon this sign: 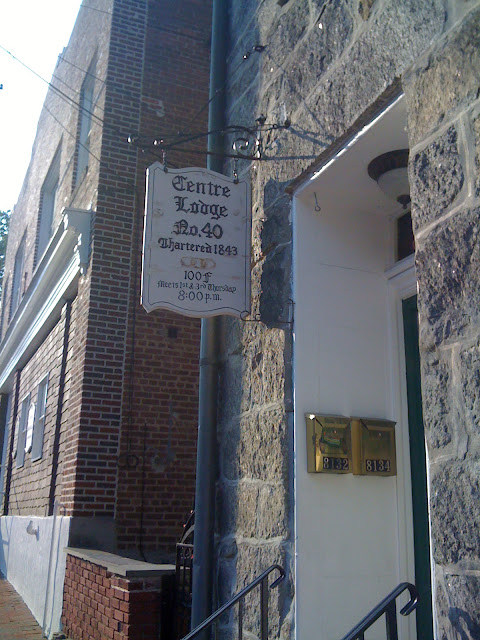 Chartered in 1843?  That's a very established Lodge indeed.  Here are some more pics of the stone houses and street: 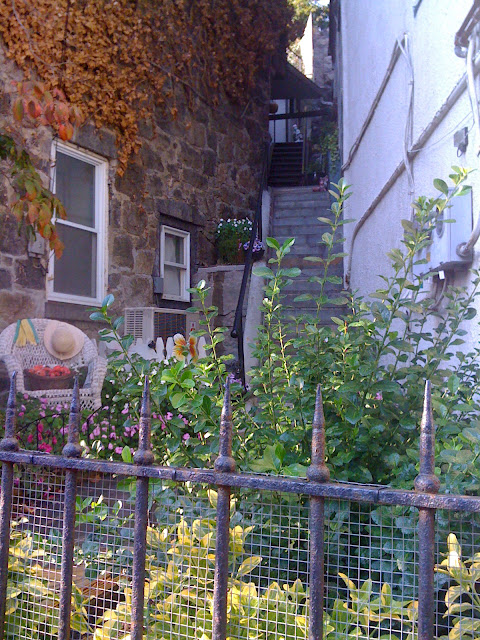 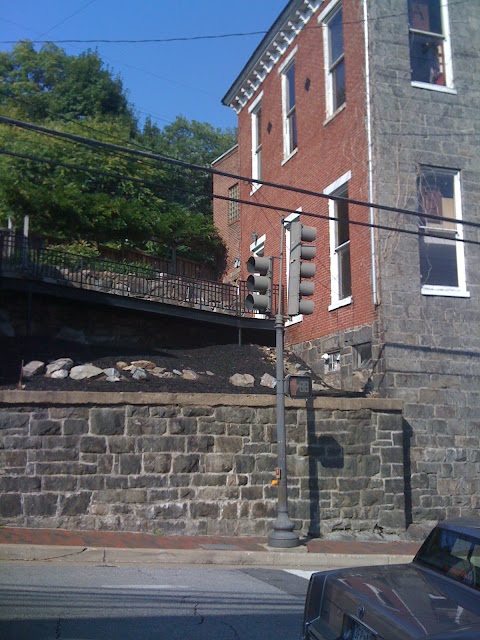 We continued to explore, and visited a number of lovely places like a Victorian Tea Room called TEA ON THE TIBER. Even the East Village of NYC can't boast a true Victorian Tea Room.  When I returned home I looked up Tea on the Tiber and I was shocked to find that there are a number of Tea Rooms around the country, and not only that, there are tearoom review sites like this one:  TEAGUIDE.NET.  I hadn't realized that Tea Rooms were making a comeback.  I adore tea so this is a good find in my opinion.

I then got curious about the name of the place- Tea on the Tiber?  I looked up Ellicott City's Wikipedia article, and found that, like Rome, Ellicott City is reputed to be built on seven hills, and the river that flows there is named the Tiber just as Rome's river is named Tiber.  The builders of this city had Rome in mind for sure (and possibly Rome's Pagan beliefs as well? Hmmm...).

There are other facts about Ellicott City in the article, such as it is reputed to be one of the most haunted small towns on the East Coast.  It was also home to The Enchanted Forest, a fairytale-themed amusement park that closed in the early 90s.  In addition, it is listed as one of the most affluent communities in America, and since 2005 has been ranked 4 times as "one of the best places to live in America" by Money and CNNMoney.com.  So strange with it's esoteric themes and wealth!  It's definitely a place I love to return to again and again on my way up and down the East Coast.  I invariably find something I'd love to take home. 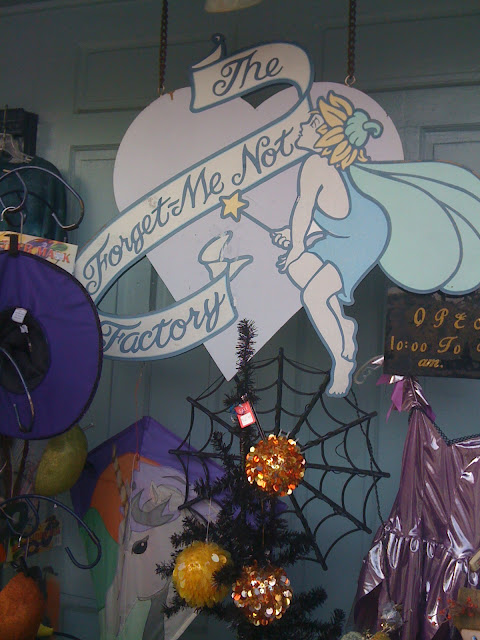 Here are some pictures from a store in Ellicott City I always make a stop at, THE FORGET ME NOT FACTORY.  The website doesn't really do the place justice, because it's an ancient stone house with three levels that is simply STUFFED with anything and everything you could ever hope to look at or want if you are into anything even vaguely esoteric, faerie, witchy, alternative or mysticaly minded.  When I say stuffed, I mean really covered- every surface, walls, floor, ceiling, etc is just loaded with things.  It would take more than a day to examine it all- I often don't buy anything because I'm feeling overwhelmed in there.  You may see Jason in some of these pics, much to his chagrin:):). 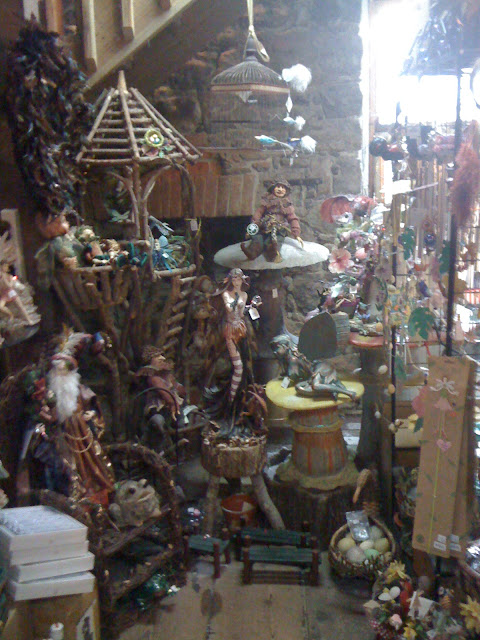 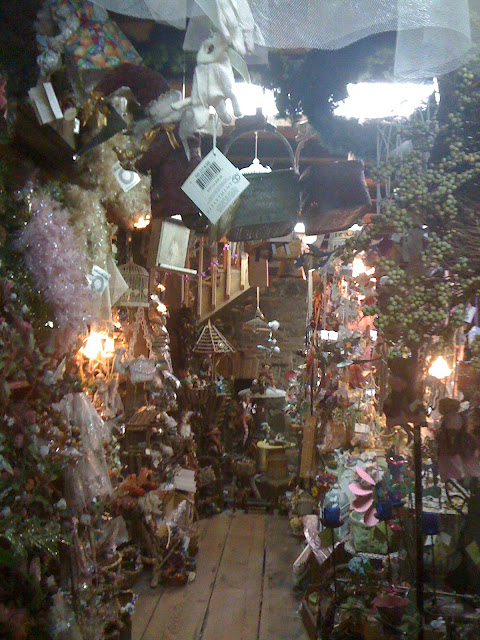 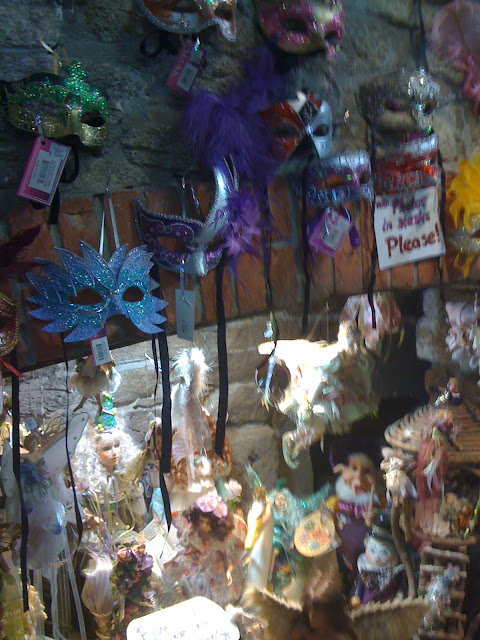 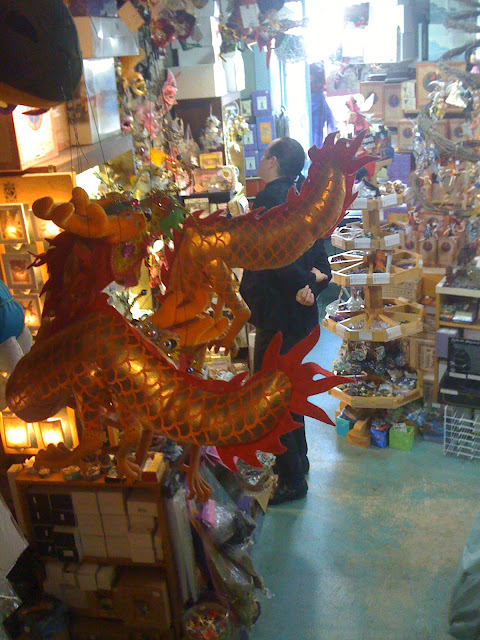 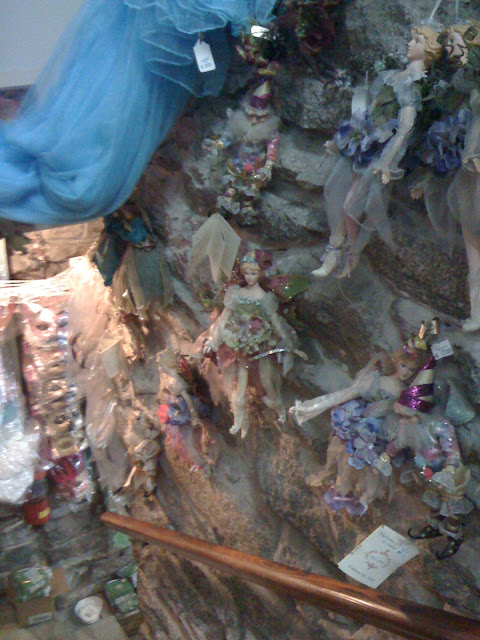 And of course, when we left, Jason who is ALWAYS on the job made sure to leave some of our flyers in their flyer basket.  Jason never forgets this all-important task, even though I sometimes do.  Thanks, Jason! 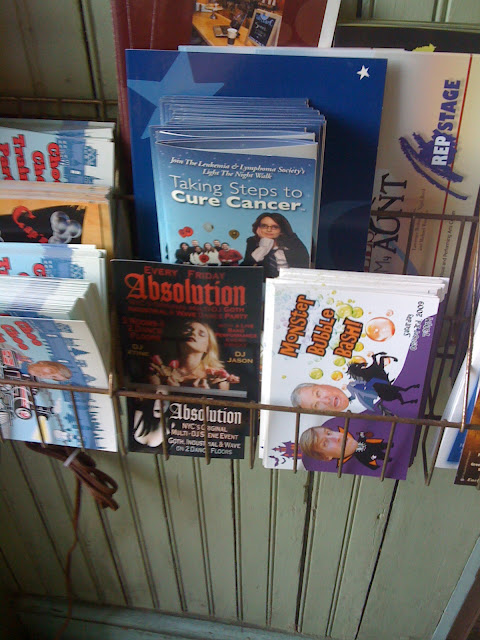